Friends only- comment to be added, and let me know what brought you my way.
Please don't friend this journal for my graphics- you can find them at 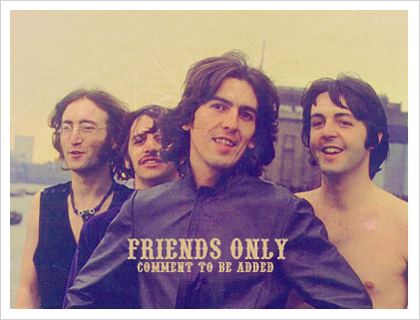 There are some days I have to wonder: HAS THE WHOLE WORLD GONE INSANE?!?

Some of the Avengers I'd love to see show up in later movies, with my fantasy casting. Image heavy, so under cut.

I felt that what today really needed was a picspam of Iron Man's roller skates:

Sometimes, I have to question if Mark Millar actually likes the Avengers. Seriously. Between Civil War and the Ultimates-verse, it seems like he actually despises most of the characters in the Avengers, which makes me wonder why he writes them at all.

I'd read some of the Ultimate comics years ago when they first came out, but of course lately, I've been catching up on everything and trying to read it all in order with most of the tie-ins. And while yes, the stories are generally compelling enough to keep me reading... they simultaneously enrage me to a ridiculous extent.

I mentioned it before, but I've actually gone ahead and started it:

Noshing on the Newberys, my new blog about reading all the Newbery Medal books. I'm sure it will get more interesting as I settle in.

I have so many lovely screencaps of Odo & Kira, and I know a couple of people on my flist have recently started getting into DS9, so I figured I might do a little picspam. I don't have any hi-res caps, so some of them are a little grainy, but oh well.

* These pics are mostly from the later seasons, so if you haven't gotten there and don't want to be spoiled, you might not want to look.

You know, I'm disturbed by how often the male characters who treat people (especially women) like crap are the fandom darlings. They become the woobie who can do no wrong, because he's deep, he has layers, he's had bad things happen to him, he's misunderstood (especially by all those evil female characters). They often have huge communities devoted to them and metric tons of fic describing how wonderful and perfect they are. I'm not trying to criticize people for loving the characters they love. We all have our preferences, and deeply complex characters are interesting, and often feel more real.

What's really bothering me here are the gender politics that go on in fandom, and the double standard between the way female characters are treated versus male characters.

Let's take Tony DiNozzo from NCIS. Yes, I like him too. He is a complex character, he's had some wonderful moments of heroism, and he has struggled with some tough times in his life. But let's be honest: he's rude, he's dismissive, he bullies people, he objectifies women constantly, and he also tends to blame women ("it's always the wife "). Before anyone jumps in to accuse me of misunderstanding poor Tony, let's take a step back and deconstruct things a bit.

Take some time and really, truly, and honestly think about this: if Tony was instead a woman, let's say Tonia, what would you think about her? When she constantly objectified men while simultaneously dismissing and blaming them, how would you feel? When she bullied, belittled, and tormented Tim, would it seem just as funny (because, after all, she really does love Tim like a brother, right)?

There are some people who can truthfully say they'd love Tonia just as much as Tony, because it really is just about what they like about the characterization, regardless of gender. Tonia has probably also gained some brand new fans, who like her because she turns the dominant paradigm on its head- they'd enjoy watching a woman constantly objectifying men, and running roughshod over everyone.

But be honest: how many people would call Tonia a slut, a bitch, a whore, or a harpy? How dare that uppity woman torment poor little Timmy! Who does she think she is?

Let's try an opposite sort of example, and take Rose Tyler from Doctor Who. Rose consistently gets accused of being a Mary Sue, a selfish brat, a chav, and all sorts of other similarly offensive things. Imagine, however (honestly and deeply), if Rose was instead Ryan, played by someone like Bradley James. Let's say we now have a young man who doesn't have much in the way of education, but who pick things up pretty quickly, someone who's compassionate and friendly, and who loves the Doctor deeply. Ryan is suddenly reminding me a lot of a modern version of Jamie McCrimmon. How many people hate on Jamie, or call him a Gary Stu, or accuse him of being selfish for loving the Doctor? Just how many of the people who despise Rose would hate Ryan just as much?

Try taking any female character you dislike, and transforming them into a man... how does this change how you look at them? There are still going to be plenty of characters you dislike, regardless of gender, because they're still a cat hater, or a Yankees fan, or they look just like that math teacher who used to call you stupid. But how much time would you spend bashing them? Do you think there would be whole communities devoted to hating them? Would they be constantly vilified in fanfic?

But what does it matter if we bash female characters? They're only fictional, after all. I'll just say this- I don't think it's a good idea to spend a lot of time disparaging and despising women, even if they aren't real, as that's the sort of thing that can become a habit.

Yes, I'm oversimplifying things, being judgmental, and the people who see this are almost certainly the last people on earth who need to read it, but I had to throw it out there.

A graphics poll, with some general icon questions, and some very specific.